BioThrive Sciences > Blog > Breaking Down the Growing Trend of CoQ10

CoQ10 or Coenzyme Q10 is an antioxidant needed by cells to function properly. This coenzyme helps cells create energy, grow, and thrive. It can also help fight off free radicals trying to cause damage to the cell membrane.

Over the past few years, CoQ10 has grown in popularity. The trend has become very real with the supplement accounting for about $850 million within the nearly $37 billion supplement industry.

There are many reasons why CoQ10 has become incredibly popular over the past few years. Since it’s naturally found in the human body, many in the natural health movement prefer the supplement over an artificial supplement. It’s also found in plants, animals, and bacteria. In fact, it’s known as a vitamin by some sources, such as WebMd.com.

The versatility, the benefits to cellular energy, and the many other benefits have helped may CoQ10 incredibly popular.

How CoQ10 is Versatile

One of the major reasons the CoQ10 supplement has become so popular is the supplement’s versatility. It can benefit the body in many different ways. CoQ10 offers an option for treating several things, such as:

It has even been used to help with the treatment of side effects of chemotherapy in children.

This versatility means the supplement offers more than just one use, which leads to multiple segments of the population choosing CoQ10 as a regular health supplement.

Another factor contributing to the popularity and growth of CoQ10 is its ability to boost energy. Some studies have shown how CoQ10 can help decrease oxidative stress in cells, which helps with mitochondrial functions. This leads to more energy in the cells.

In fact, CoQ10 has even been shown to increase power during exercise and also reduce fatigue.

Other Potential Benefits of CoQ10

Along with the versatility and ability to boost cellular energy, CoQ10 has become popular due to many other potential benefits. One of the main potential benefits is the ability of CoQ10 to treat heart failure.

In a study of more than 400 people with heart failure, CoQ10 was used as a treatment and those treated, showed improvements over a two-year period.

Another study using CoQ10 and a placebo showed those taking CoQ10 were hospitalized less often due to heart failure worsening compared to the placebo group.

Along with possibly helping to treat heart failure, CoQ10 has shown promise in other areas. Some of the other potential benefits include:

These potential benefits have helped to create a trend with more people seeking CoQ10 supplements.

If you’re considering manufacturing your own CoQ10 supplement, you need the right contract manufacturing partner. At BioThrive Sciences, we know how to help you create the right supplement for your brand. From concept to finished product, we will help you with every aspect of the process.

A Simple Guide to Different Types of Vitamins
What Vitamins Help Whiten Teeth?
Top 3 Trending Vitamins for General Wellness
The Top 10 Prenatal Vitamins for Expecting Mothers
What are the Health Benefits of Taking Vitamin Supplements? 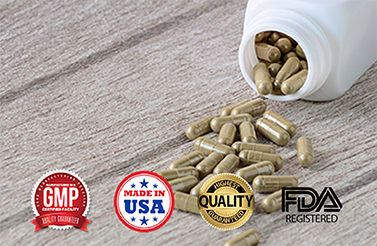